Santa was early this year and today my Nexus 10 arrived. 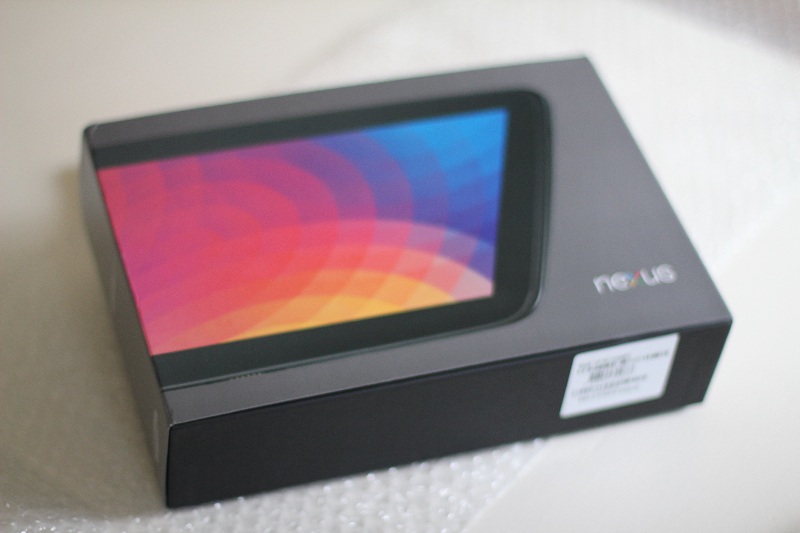 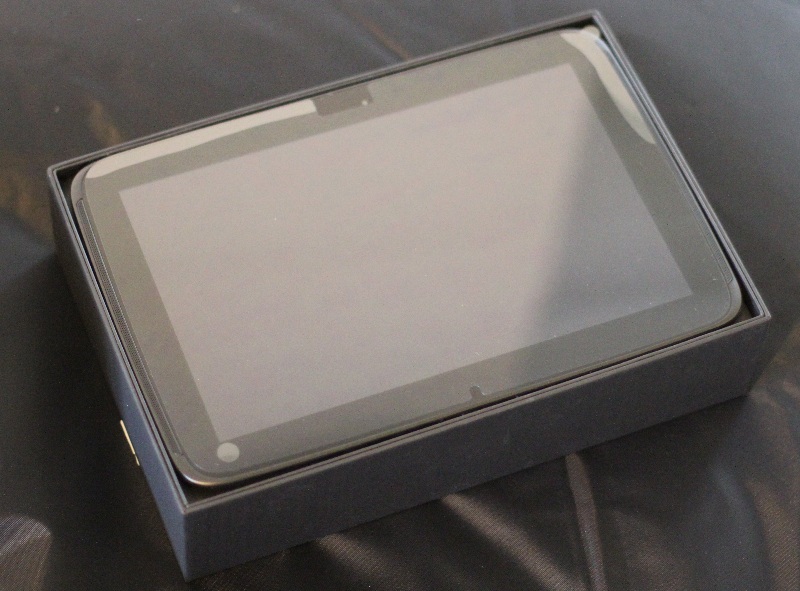 Under the Nexus 10 we find the charger, a UK plug for the charger, a micro USB cable, a quickstart guide and some warranty information. The majority of the space in the box is occupied by air. 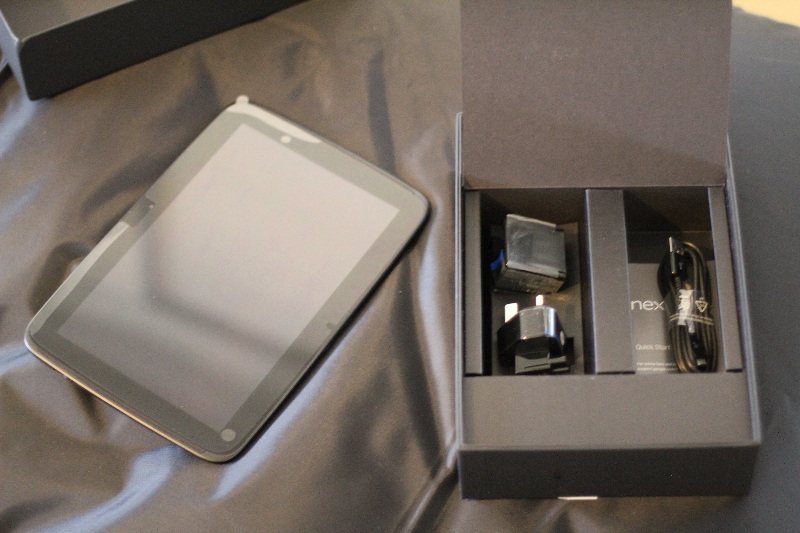 After removing the unnecessary parts (protective plastic, quickstart guide and warranty information) this is what remains. 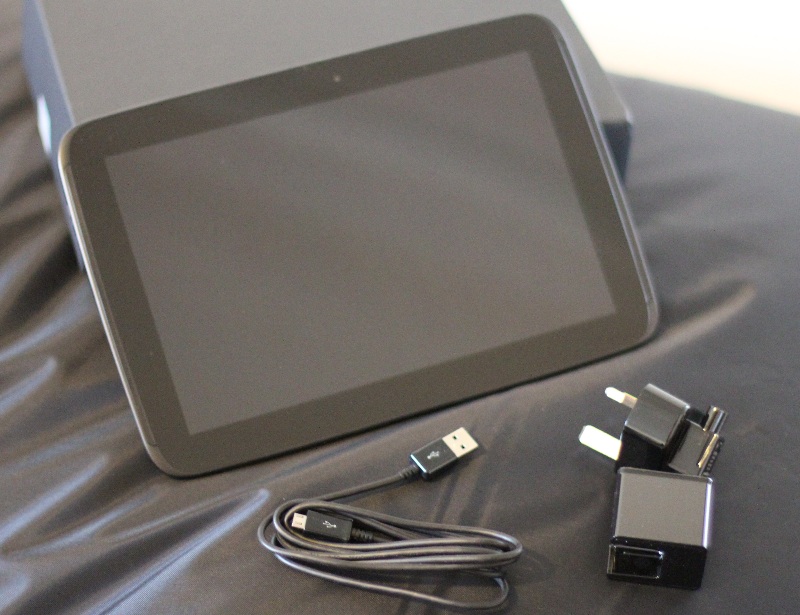 Actually the UK plug is useless for me and Handtec had promised to include an international adapter but they had forgot to include it. However they quickly responded to my mail and promised the send me one. Luckily I have a lot of micro USB chargers so I'll manage for now.

Side by side comparison with my Samsung Galaxy Tab 8.9. 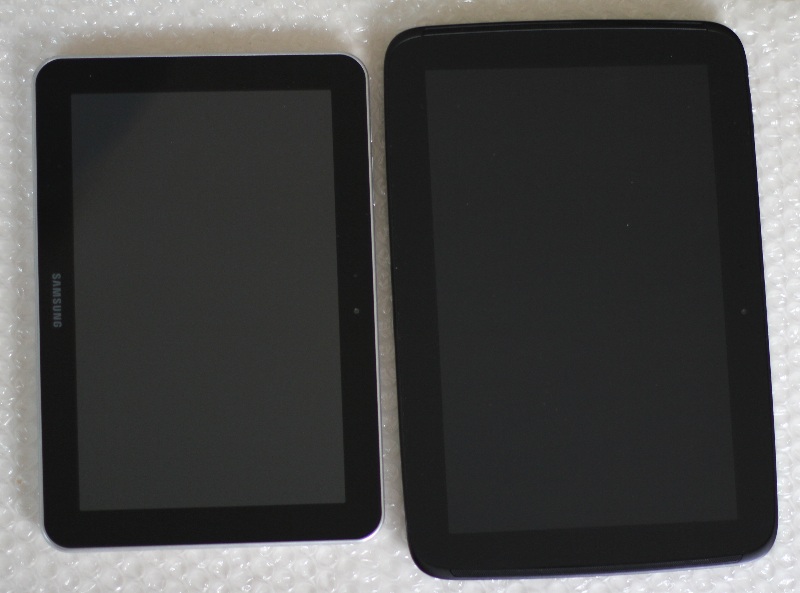 Thickness seems pretty much the same but the Nexus 10 is thinner at the shorter edges while the Galaxy Tab 8.9 has the same thickness on all the sides (Nexus 10 to the left). 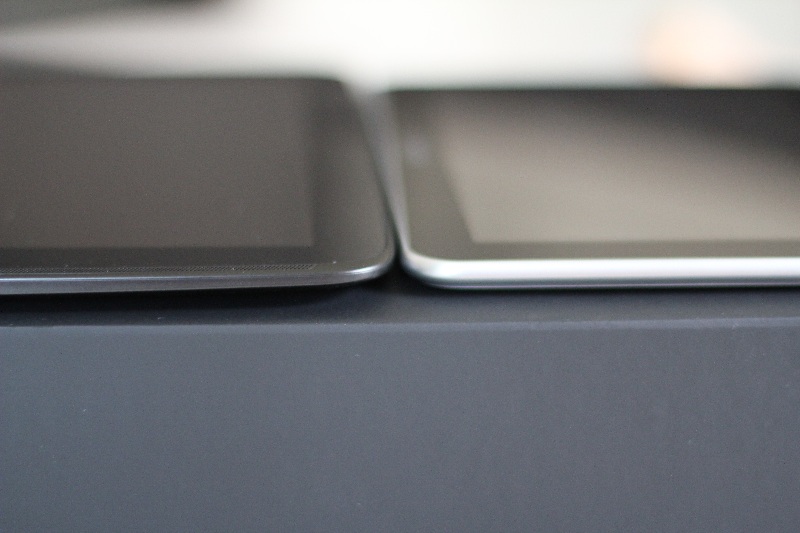 The Galaxys Tab on top of the Nexus 10. After a short time of using the Nexus 10 it got a 60Mb OTA upgrade. Not sure what changed but I do not think it had the lock screen widgets before the upgrade (but I could be wrong).

Compared to my Tegra2 based tablets it's really fast but someone who compared the Nexus 10 with a Galaxy Note 10.1 felt that the Note 10.1 was slightly more responsive. Considering the massive amount of pixels the Nexus 10 has to push I wouldn't be surprised if it isn't the fastest tablet in all benchmarks. High resolutions usually has a price. However so far I feel it is "fast enough" and the screen is really good. Although I still consider the screen on my Galaxy Tab 8.9 to be very good with it's 1280x800 pixels you can easily see the difference when you compare it to the Nexus 10.

I have not had that much time to play with it yet but it runs Netflix perfectly and I also tried hooking it up to my 42inch plasma using a micro HDMI cable it it worked as intended.

The only thing that I'd like to chamge is the placement of the virtual buttons that in Android 4.2 is centered and not left aligned as they are on tablets with Android 3.0 to 4.1. I'm used to reaching the buttons with the left thumb even in landscape mode and with this new centered buttons the joints in my left thumb are already starting to hurt.
Upplagd av apedroid kl. 10:10 PM